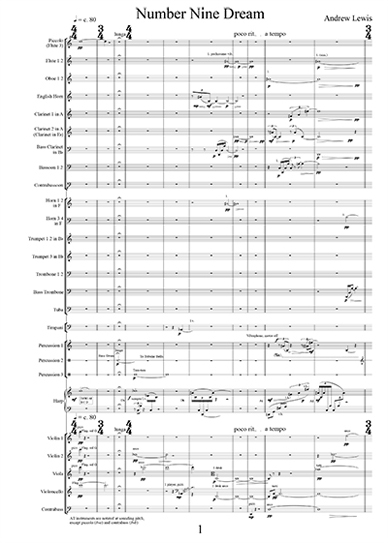 “It seems that the Ninth is a limit. He who wants to go beyond it must pass away, as if something might be imparted to us in the Tenth which we ought not yet to know, for which we are not ready. Those who have written a Ninth stood too close to the hereafter."

This celebrated statement, from an obituary lecture Arnold Schoenberg gave in the year following Mahler’s death, has done much to reinforce the popular view of the Ninth Symphony as Mahler’s ‘farewell to life’, and indeed the work does contain many references to mortality, especially in the first movement: the irregular rhythms (perhaps evoking Mahler’s own faltering heart); the ‘Lebewohl’ (‘Farewell’) motif from Beethoven’s ‘Les Adieux’ sonata; the tolling church bell and the funeral march; and of course, this all in the context of Mahler’s own supposed attempt to ‘cheat death’ by declining to include his real ninth (Das Lied von der Erde) among his numbered symphonies. Yet there is another side to the Ninth: it is also an astonishingly forward-looking work, containing as it does many elements of bold experimentation verging at times on the avant-garde. Chief among these is Mahler’s use of the orchestra, through which the exploration of colour and sonority is raised to a level of importance almost equal to that of melody, harmony and rhythm. In this the Ninth prefigures many developments of the later twentieth and twenty-first centuries, including those of the so called Spectral School of composers, who employ acoustic theory and computer technology to coax new timbres, textures and shapes from the orchestra. In anticipating these developments, it is as though Mahler is standing close enough to the ‘hereafter’ to foresee with peculiar clarity some of the music that was to follow him.

It is in this spirit that Number Nine Dream takes the first movement of the Ninth as its starting point on a journey to what lies beyond. Mahler’s original material is here transformed and developed using techniques adapted from both spectral music and from the computer music studio, in particular using the programmes Audiosculpt and OpenMusic developed at Pierre Boulez’ research institute, IRCAM. The result is a kind of dreamlike state, in which we drift in and out of the consciousness of Mahler’s music, while experiencing a parallel universe of colour and timbre in which the Ninth can still be perceived subconsciously, from a distance – or perhaps through a veil, as if we have already passed beyond this supposedly impenetrable ‘limit’, and entered a new reality in which the limitations imposed by mortality are themselves no more than a dream.