for orchestra and electronics

It is a breathtaking work - amazing! I have never heard such closely integrated voice/orchestral music. — John Chowning

“Lewis’s balancing of rage against the idyll of childhood was strikingly achieved.” — The Guardian, 31 Oct 2014 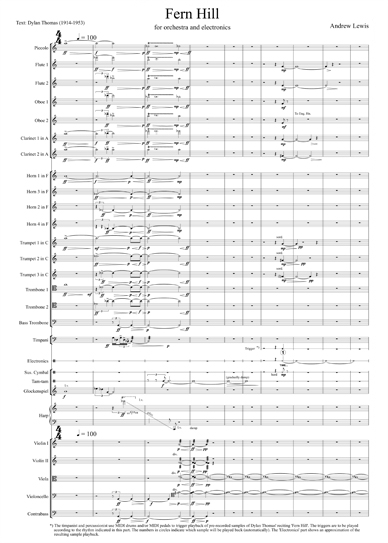 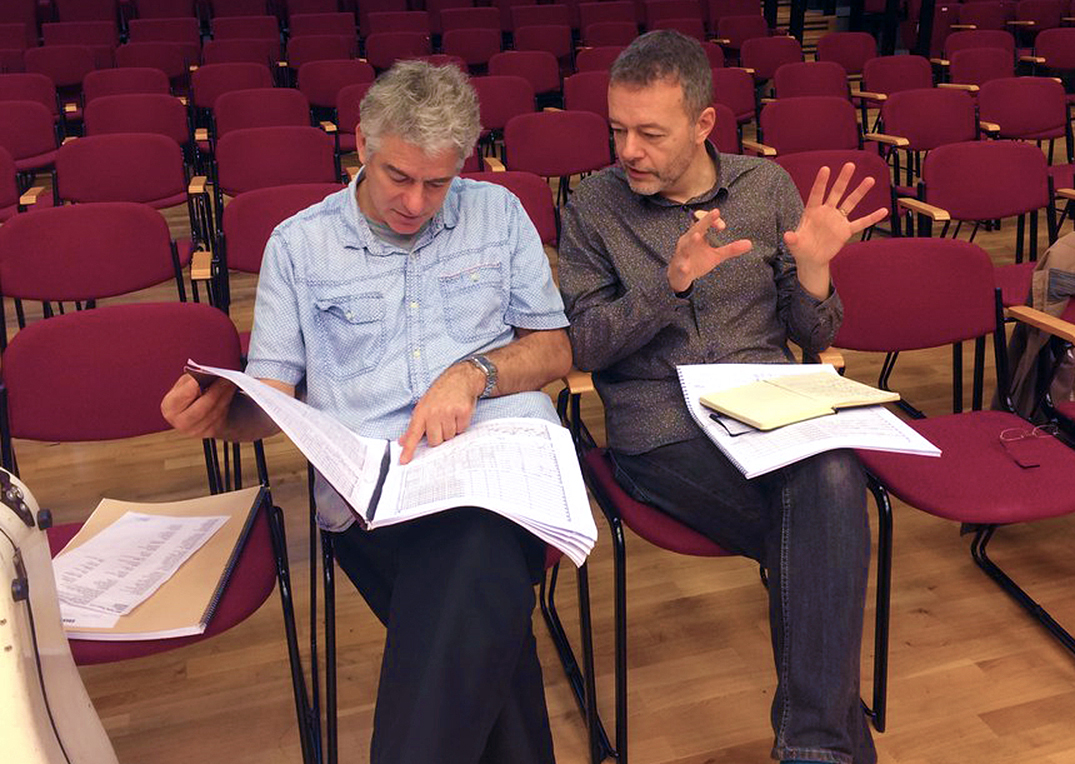 Andrew Lewis and Grant Llewellyn at rehearsals for the premiere of Fern Hill (Photo: BBC NOW)

Fern Hill is a setting of Dylan Thomas’s famous poetic evocation of idyllic childhood memory and lament for its loss; a poem that Dylan himself said was ‘for evening and tears’.

Rather than a conventionally sung vocal line, the piece uses the poet’s own reading of his work as a melodic thread around which an orchestral commentary and elaboration is formed. Dylan was a key figure in the spoken-word recording industry, recording ‘Fern Hill’ along with four other poems and ‘A Child’s Christmas in Wales’ for the launch of the newly formed Caedmon label in New York in 1952. It is this recording which sits at the heart of the work.

Although writing in English, Dylan Thomas’s reading style seems to spring directly from the tradition of bardic recitation so deeply embedded in the culture of Welsh language poetry. He reads his poetry as music, carefully crafting each phrase and cadence, measuring every pause and guiding the rise and fall of vocal inflection, so that the effect is more of song than of speech. All of the material in the piece – the rhythms, melodies, harmonies and even some of the orchestration – comes directly from this recitation, using audio analysis tools developed at Ircam, Paris. From within the orchestra Dylan's voice can be heard, sometimes clearly, at other times more deeply enmeshed in the orchestral texture. In this way the poet himself becomes the soloist, and the poem becomes the music.

I am indebted to Gilbert Nouno, Arshia Cont and Grégoire Carpentier who, along with their teams at Ircam, developed many of the technical means used to create the piece. The audio recording and text of ‘Fern Hill’ are used by kind permission of HarperCollins and the Trustees of the Dylan Thomas Estate.